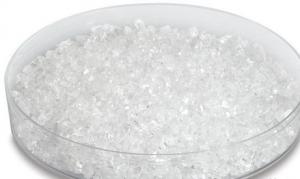 At present, the application technology of silicon-based SiO2 Optical Waveguide passive and active devices has been very mature. These devices not only have excellent conduction characteristics, but also have basic functions such as optical amplification, luminescence and electro-optic modulation, which have great application prospects in optical integration and optoelectronic integrated devices. The ultraviolet laser SiO2 antireflection coating has been successfully developed by the China Academy of Engineering Physics and the Institute of chemistry by sol gel method. The results show that the porous SiO2 films prepared by immersion coating method have better antireflection effect than those prepared by vacuum evaporation and rotary coating.

In vacuum coating, ZrO2 and SiO2 are generally used for coating optical properties. The purpose is to change the transmission reflectivity of light after incident and outgoing. In fact, other materials such as TiO2 or MgF2 can also be used. The thickness ratio is calculated by superposition layer by layer according to optical principle. .

The protective layer of SiO2 film is evaporated and plated by evaporation platform. High voltage is applied to the electron beam transmitting device to emit electron beam. After 270 degrees of magnetic deflection, SiO2 material is bombarded. After SiO2 sublimation, the film is formed on the transparent electrode of diode. The cavity is equipped with heating device, and the temperature can be adjusted by heating power supply.

Chemical vapor deposition (CVD): the following reaction systems can be used to prepare SiO2 by CVD: sih4-o2, sih4-n2o, sih2cl2-n2o, Si (OC2H5) 4, etc. Different preparation methods and reaction systems require different equipment and process conditions to grow SiO2, and each has different uses, advantages and disadvantages. Physical vapor deposition (PVD): PVD can be divided into evaporation coating, ion coating and sputtering coating. The vacuum evaporation technology appeared earlier, but the adhesion between the film deposited by this method and the substrate is not strong. The RF sputtering method has been developed by IBM in the United States, which constitutes three series of PVD technology evaporation, sputtering and ion plating. Thermal oxidation method: thermal oxidation process is a method to oxidize the surface of silicon wafer to form SiO2 film at high temperature (900-1200 ℃), including dry oxygen oxidation, wet oxygen oxidation and water vapor oxidation. Sol-gel method: sol-gel method is a method for low temperature synthesis of materials, and is a hot topic in the field of materials research. At present, great progress has been made in this respect. In general, the properties of porous SiO2 films depend on the preparation conditions of sol and gel, controlling the experimental conditions (such as sol composition, pH value, aging temperature and time, reflux, etc.), and obtain SiO2 nano networks with refractive index of 1.009 to 1.440, continuous tunable and controllable structure.

Thank you! Your message has been sent to the following suppliers.