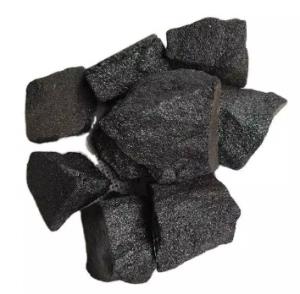 Silicon oxide is an inorganic compound with the chemical formula of SiO. It is black brown to loess colored amorphous powder under normal temperature and pressure. It has a melting point of 1702 ° C, a boiling point of 1880 ° C, and a density of 2.13g/cm? 3. It is difficult to dissolve in water, and can dissolve in the mixed acid of dilute hydrofluoric acid and nitric acid, and release silicon tetrafluoride. When heated in air, it will produce white silica powder.

The role of silicon oxide

physical property
There are amorphous silicon and crystalline silicon. Crystal silicon is gray black, amorphous silicon is black, density is 2.32-2.34 g / cm3, melting point is 1410 ℃, boiling point is 2355 ℃, crystalline silicon belongs to atomic crystal. It is insoluble in water, nitric acid and hydrochloric acid, but soluble in hydrofluoric acid and alkali solution. Hard and metallic.
application
1. High purity silicon is an important semiconductor material.
2. Cermet, an important material for space navigation.
3. Optical fiber communication, a new modern means of communication.
4. Silicon organic compounds with excellent properties.
5. Silicon can improve the hardness of plant stem and increase the difficulty of feeding and digesting by pests.

Thank you! Your message has been sent to the following suppliers.